Intelligent LiDAR mapping and a navigating system for drones – Hovermap

Every year, Australia loses billions of dollars due to infrastructure failures, spends billions of dollars on inspecting its aging assets and loses some of its bravest men and women who take the risk to do this dangerous job. Utility companies and governments are turning to Unmanned Aerial Vehicles (UAVs) to reduce costs and improve safety.
While there is a hungry global market for UAVs/ drone technology, the drones we currently have are ‘dumb and blind’. Drones rely on GPS navigation and so cannot sense the world around them and react accordingly; therefore they cannot be flown autonomously indoors, underground, or close to large structures that interfere with GPS. 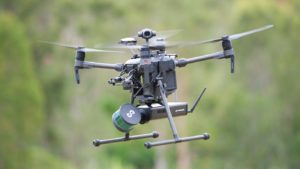 Function: As the Hovermap LiDAR rotates it produces a full spherical field of view around the drone for mapping and collision avoidance within range of 100 m. This makes it possible to map above, below and all around simultaneously enabling Hovermap to map indoors, underground and underneath overhanging structures such as bridges.

Map Generation: LiDAR data is logged on-board and processed on a laptop after the flight to produce accurate 3D point clouds.

Emesent is a drone autonomy and data analytics spin-out from CSIRO’s Data61 that is commercialising the revolutionising award-winning drone autonomy technology. After raising $4.5 million in venture capital to commercialise its first product, Hovermap, Emesent was launched in November 2018.

Evidence of outcomes and impacts

With multiple applications across several industries, Hovermap and other solutions offered by Emesent are being used commercially for a variety of applications by customers in Australia, US, Canada, China and Japan. Some of the preliminary applications of the Hovermap enabled drones, have been to accomplish the following:

Examples of how the technology is being used to address the above applications can be found at the bottom of the page.

Examples where Hovermap has been used 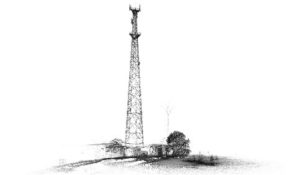 This communications tower and support buildings were mapped with the Hovermap UAV LiDAR payload in a few minutes. Three vertical transects were performed at a distance of 4-6m from the tower (Source: CSIRO). 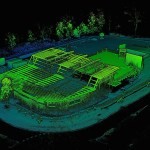 This construction site has been mapped a number of times with the Hovermap UAV LiDAR payload. The successive scans are automatically aligned allowing accurate monitoring of changes over time. The entire 100 x 70m site is mapped in a single 10min flight by flying 4 GPS transects approximately 12m apart. For the first three scans the flight altitude was 10m above the terrain and for the 4th scan the altitude was adjusted to remain at least 4m clear from the building roof. (Source: CSIRO) 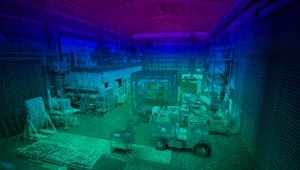 This industrial shed was mapped by flying the Hovermap UAV LiDAR payload indoors for a few minutes (Source: CSIRO) 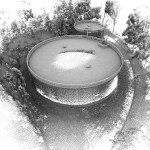 These liquid storage tanks were mapped using the Hovermap UAV LiDAR payload, each within a few minutes. (Source: CSIRO) 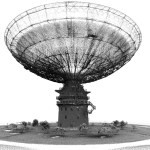 The Parkes Radio Telescope was mapped with the Hovermap UAV LiDAR payload by flying around it four times at different heights, in a total of 15 mins. Due to safety reasons, it wasn’t possible to fly directly over the dish therefore, the receiver and supporting structure were mapped sparsely. The supporting structure of the dish was mapped from underneath, demonstrating the spherical field-of-view of the HoverMap payload. (Source: CSIRO) 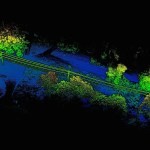 Two sections of power distribution lines have been mapped with the Hovermap UAV LiDAR payload. These scans can be used to measure the distance between the power lines and the surrounding vegetation. The scans were obtained by flying within 5-8 m of the power lines. Since Hovermap has a spherical field of view some of the lines could be mapped by flying underneath them. (Source: CSIRO) 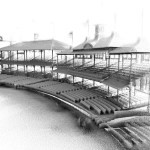 The Sydney Cricket Ground was mapped with the Hovermap UAV LiDAR payload by flying around the inside of the stadium once at around 5m above the lower seating area and a further two flights for the historic Members’ and Ladies’ Pavilions. For these pavilions, three passes at different heights were performed, up to roof level. A slightly higher flight for the grandstand to the left of the Ladies Pavilion was also conducted. For safety reasons, it wasn’t possible to fly higher and map the upper portions of the grandstands. The results from all the flights have been combined in the images. The total flight time was approximately 40 mins. (Source: CSIRO)