One step closer to an Australian renewable hydrogen industry 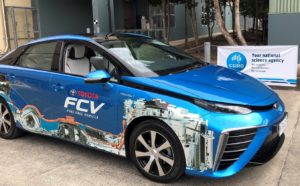 The growing global demand for clean hydrogen fuel represents a significant opportunity to establish an Australian renewable hydrogen export industry. By using liquid ammonia produced in Australia from renewable energy as a carrier, renewable hydrogen can be distributed to emerging markets in Japan, Korea and Europe using existing infrastructure. The gap in the technology chain is a device which can efficiently and inexpensively convert ammonia into high-purity hydrogen at or near the point of use.

The outcomes of this project will advance the technology for producing high-purity hydrogen from ammonia to be commercialisation-ready and primed to enter domestic and international markets as an alternative energy source, with projected impacts including: 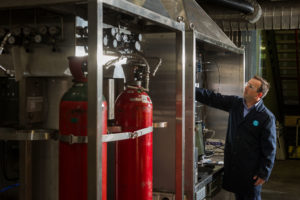 Scientists are developing a membrane for hydrogen separation that can help with its distribution for hydrogen fuel cells in vehicles.