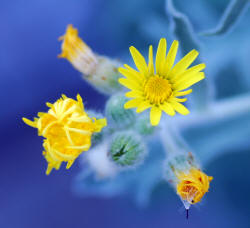 By 2050, the world will need double the amount of food produced today to feed an expected 9 billion people, and this must be achieved sustainably, on existing arable land and against the challenges posed by climate change.

Traditional plant breeding programs have been able to increase crop yields by 0.5-1.5% each year, but even these increasing yields will not be sufficient to meet the growing needs of the population. Therefore new breeding technologies which consider plants at the genetic level and greatly increase crop yields are being investigated.

Researchers at the CSIRO are taking on this significant challenge and working on a plant breeding project that aims to understand two important phenomena that just may have a revolutionary impact on global food production. The team are investigating a concept known as hybrid vigour which occurs when an offspring performs better than its parents. Hybrid crops form the basis of corn production around the world and are also used in other grain and cereal crops such as canola, sunflower, sorghum and rice as well as in vegetable and ornamental plant production.

Hybrids have to be remade each growing season – their unique traits are not preserved from generation to generation. But CSIRO researchers are also studying an asexual seed formation pathway called apomixis to determine how genetically identical seeds are formed. Apomixis does not currently occur in crops, but if apomixis could be developed as a breeding tool it could be used to maintain hybrid vigour in future seed generations. This would enable plants to maintain favourable yield characteristics in addition to those that promote tolerance to conditions such as frost, heat or salt stress.